Spanish Judges to Consider Pets’ Welfare in Divorce Cases. Could It Ever Happen in Connecticut? 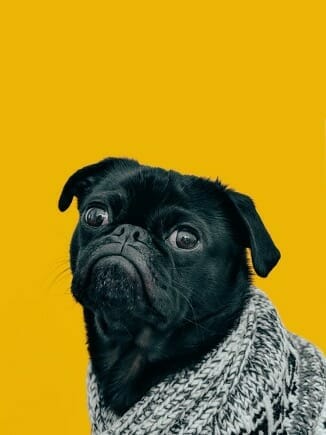 In October 2021, a judge in Madrid, Spain, awarded joint custody of a dog to a separated couple. In this landmark case, the court decided that both partners are legally responsible for their pet like they would be for a child. Now, all judges in Spain will consider a pet’s welfare in upcoming divorce battles, following similar legal changes in France and Portugal.

Could the same thing happen here in Connecticut? Will judges ever view cat custody through the same lens as child custody? In this post, learn what happens to pets in a divorce or separation and why you should always consult with a reputable family law attorney.

Divorce and Pets: What Does the Law Say in Connecticut?

Although debates continue about whether the courts should treat pets as “family members,” Connecticut law is pretty straightforward on this topic. Ultimately, the courts view pets as “personal property” in the same way as houses, cars, and CD collections. That means divorcing or separating partners should agree about who should take care of their animal — or the court will decide for them.

In my 20 years as a divorce lawyer in Connecticut, I’ve never seen a judge issue an order for custody over a pet. Typically, ex-partners reach an amicable agreement outside of court, or a judge recommends which parent should be responsible for the animal. The judge will consider things like each party’s relationship with the pet, who purchased the pet, and who’s the most responsible person to look after it.

Things can get complicated when ex-partners have more than one pet. However, most judges let divorcing or separating couples decide for themselves. That’s very different from what’s happening in Spain, where judges can issue a formal custody arrangement to ex-partners with pets.

Devise Your Own Shared Custody Agreement

Nothing is stopping you and your ex-partner from drawing up a ‘custody’ agreement of your own for your pet. Doing so can prevent any disagreements about ownership in the future. If you both agree on who should look after your pet, you can create an agreement and ask a family law judge to review it as part of your settlement. I advise you get help from a family law attorney when drafting any legal document, however.

The above predicament is a rare one, in my opinion. That’s because many separating and divorcing partners just can’t decide who should look after their pet. In these scenarios, I suggest the same conflict resolution strategies as I would recommend for ex-partners who can’t agree on child custody issues.

Collaborative Law and Mediation for Pet Custody in Connecticut

Conflict resolution techniques such as mediation can help you, and your ex-partner decides who should care for your pet post-breakup. Mediation involves an open conversation between you and your ex so you can arrive at a settlement or agreement about your animal.

Mediation might not work for exes that no longer communicate. For high-conflict breakups, I suggest collaborative law, where you communicate with your old partner through family law attorneys, divorce coaches, and financial experts.

Whatever you do, I always think it’s best to stay away from court if you can. That’s because there’s no guarantee that a judge will think you are the best person to have full ‘custody’ over your pet. A judge might recommend your ex takes care of the animal, which can have a detrimental impact on your mental health.

Why Hire a Family Law Attorney in Connecticut?

Communicating with a partner about who looks after your pet is difficult, especially when breakups involve so many emotions. Having a reputable divorce attorney on your side can make any negotiations with your ex a lot more productive and result in a more favorable outcome for everyone involved. Whether you are going through a divorce or separation or considering one, an attorney can help you navigate Connecticut’s complicated legal system and ensure you have all the tools you need to win your case.

Courts in Spain, like those in France and Portugal, will now consider a pet’s welfare in divorce and separation cases, with judges able to make orders about which partner is responsible for looking after an animal. Things are very different in Connecticut, where couples often decide pet responsibilities themselves. If you are going through a breakup and own a pet, I suggest you consult a divorce attorney and either undergo mediation or collaborative law to resolve any pet-related problems. Negotiating a ‘pet custody’ agreement and having a judge sign it off, for example, can prevent any future issues about ownership.

Are you looking for a qualified divorce lawyer in Connecticut with nearly 20 years of experience? Call Rich Rochlin on (860) 357-9158 now.