Is It Better to Stay in an Unhappy Marriage for Your Kids? Or File for Divorce? 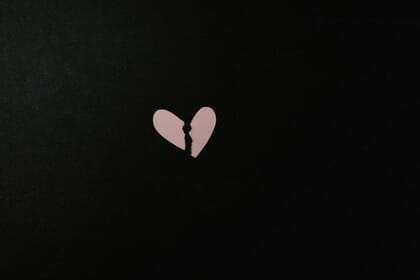 Infidelity. Abuse. A lack of commitment. Unrealistic expectations. Marrying too young. There are many grounds for divorce, but far fewer reasons people stay in an unhappy marriage.

Is there any evidence that supports this stick-it-out approach? Or should a couple call it quits when truly miserable?

The only way to settle this argument is to look at the hard science.

Should You Stay Together for Your Kids?

Many parents think a separation or divorce will cause detrimental damage to their children. The theory goes something like this: Kids will never recover from such a traumatic event, and staying together, even if both parents are unhappy, is the preferred option.

But where did this notion come from? It’s been around for decades. And you see it in the movies all the time. The husband who puts on a brave face after his wife cheats on him, even though he wants out of the marriage. The wife who suffers for her kids like she’s some kind of “Superwoman.”

These movies reflect real life. Research shows, shockingly, parents stay together for five years more than they normally would if they didn’t have kids. Plus, an eye-watering 7.6 million couples maintain an unhappy marriage solely for their children.

There’s certainly no universally accepted evidence that suggests the above method is the correct one. Clinical psychologists don’t agree with this concept. Nor do childhood development specialists. Or public health agencies. The American Psychological Association (APA) doesn’t endorse this opinion. Nor does the Administration of Childhood and Families.

That’s not to say someone who stays in a relationship for their children is a bad person. Everyone is different. Everyone makes sacrifices sometimes. But why do some people believe this is the right path? Or the only path?

It’s as if there’s no other option.

Few people know there are scientific studies that suggest the opposite approach could be the best one. That splitting, not sticking it out, is a much better idea.

Let’s clear up the confusion.

Recommended reading: COVID-19 Vaccines for Kids are Coming, BUt Which Co-Parent Will Call the Shots?

While researchers from Cornell University conclude that adolescents tend to do better academically and behaviorally when living with both parents (that’s not always the case), those young adults are more likely to smoke, binge drink, and receive poor school grades if their parents argue.

“Our findings suggest that exposure to parental conflict in adolescence is associated with poorer academic achievement, increased substance use and early family formation and dissolution, often in ways indistinguishable from living in a stepfather or single-mother family,” Kelly Musick, associate professor of policy analysis and management at Cornell, told Science Daily in 2009.

The above study is one of the most notable on this topic. While the researchers don’t draw any definite conclusions about the subject, they suggest a high-conflict home environment could significantly affect children. Of course, many parents who go through a divorce argue. And as you can see from the research above, this can harm kids.

Recommended reading: Parental Alienation: When an Ex-Partner Turns Your Child Against You

In 2016, researchers in the U.K. asked what young people thought about this debate. Did the children in the study think their divorcing parents should split? Or stay together for their sake?

The results were fascinating.

Eighty-two percent of kids aged between 14 and 22 said they would rather their parents separate or divorce than stay together if they were in an unhappy relationship. It wasn’t even a close call. The overwhelming majority of those surveyed thought staying in a bad marriage was a bad idea.

The ultimate takeaway from the study?

Don’t stay in a relationship if you’re miserable.

“Being exposed to conflict and uncertainty about the future are what’s most damaging for children, not the fact of divorce itself,” said Jo Edwards from Resolution, the organization that carried out the study. “This means it is essential that parents act responsibly, to shelter their children from adult disagreements and take appropriate action to communicate with their children throughout this process and make them feel involved in key decisions, such as where they will live after the divorce.”

Recommended reading: Frontline Workers Not Able To See Their Children Because of COVID-19 Exposure

Should you stay, or should you go? Many couples believe maintaining an unhappy relationship for the sake of their kids is a good idea, but no evidence confirms this to be the best course of action. On the flip side, three studies suggest the opposite approach is the better one.

Whatever you decide to do, an experienced family lawyer can provide you with the guidance you need at this difficult time. Award-winning Connecticut-based divorce attorney Rich Rochlin helps you prepare for a divorce and navigate complicated concepts like alimony, child support, and child custody. Click here or call or text (860) 357-9158 to contact the friendly team at Rochlin Law.