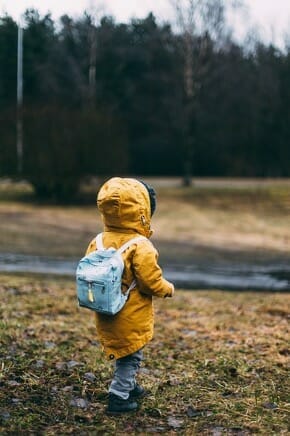 Handing over custodial time to your ex-partner — “custody exchange” — is typically something many parents forget to discuss when going through a divorce or separation. Transferring children to an ex is often a stressful time for everyone involved: Parent A, Parent B and Child/Children. Parents have to see each other again, which is a drag if communication has broken down. Children, meanwhile, might feel like they’re in a state of limbo, being passed back and forth between parents. Then there are the very real security concerns when ‘exchanging’ children after a high-conflict breakup. Just last month, a man became critically wounded after a custody exchange turned into a shootout.

I’ll address all of these issues in this post.

While we’re on the subject, “exchange” is an odd phrase, don’t you think? It’s as if sharing custodial time with your ex is some kind of financial transaction or like returning a faulty kitchen appliance to Amazon. But it’s the term the courts use, so I continue to refer to this practice as that in this post.

What Is Custody Exchange?

Custody exchange is when you hand over custodial time to your ex-partner, typically in a public place. That might mean meeting with your ex every Saturday morning at a local coffee shop so they can take care of your children for the weekend. Then, you can meet them again on Sunday evening at the same coffee shop so you can look after your children again for the rest of the week. Custody exchanges might happen once or twice a week, every few weeks, once a month or even less frequently.

Nearly all custody agreements will tell you how often an exchange will take place. You might have negotiated how to divide child custody with your ex outside of court, maybe in a parenting plan. Or, a judge might have told you how often you can see your child or children if you and your ex couldn’t agree.

Most custody agreements, however, don’t tell you where an exchange will take place. A judge typically lets you and your partner decide that for yourselves. Many parents prefer to meet in public places, away from their respective homes, when exchanging kids. That’s, perhaps, to avoid further conflict if parents have new partners. Or just because it’s more geographically convenient to meet in-between homes.

Where To Meet Your Ex

The most common places for a custody exchange are libraries, cafes and restaurants. These neutral spaces are often filled with members of the public, making conflict less likely to happen. Some parents exchange children outside school — on a Friday afternoon or Monday morning, for example. However, this might be embarrassing for your child if their school friends and other parents are present. It also doesn’t address what happens during school vacation times.

I suggest you choose a place for custody exchange — or a list of places — when negotiating a parenting plan with your ex. Doing so prevents you from having to discuss the issue after the divorce or final settlement when all you probably want to do is move on and get on with your life. Whatever happens, please make sure your place of exchange is a safe one. Avoid sketchy neighborhoods or places that aren’t child-friendly. You’ll be surprised how often I’ve seen parents choose inappropriate locations when transferring custodial time.

What If You Can’t Agree on Child Custody Issues?

If you can’t agree on a parenting plan or communication has broken down, I recommend a mediation technique called collaborative law. Here, you discuss custody-related issues with your ex through a reputable divorce attorney. Sometimes, a neutral divorce coach or custody expert might be involved in the process. Whatever you do, you want to resolve all custody problems outside of court. That includes who gets which child when and for how long. You can never be sure a judge will take your side in a divorce case, especially if your ex is twisting the truth and painting you as a bad person in the courtroom. Avoid a shock custody agreement and unfair settlement by consulting with a lawyer immediately and negotiating nearly every detail of your case before it goes to court. It’s almost always a much more successful way to do things, believe me.

Finally, choose an attorney who has experience navigating Connecticut’s increasingly-complicated family law system and understands how judges deal with child custody issues like yours. You don’t want to take any chances. A child custody judgment that goes in your ex’s favor can have a detrimental impact on your life.

I wish parents would talk more about custody exchange when negotiating a divorce or separation — namely, where to meet and for how long. That’s because open communication like this can lead to more successful outcomes for both parents, as well as the child or children impacted by a breakup. Working with a reputable divorce lawyer in Connecticut can solve child-custody problems and improve conflict resolution for everyone involved.

Are you looking for a lawyer who can help you negotiate a custody exchange? With over 20 years of experience, Rich Rochlin is Connecticut’s number-one family law attorney. Contact Rich here.